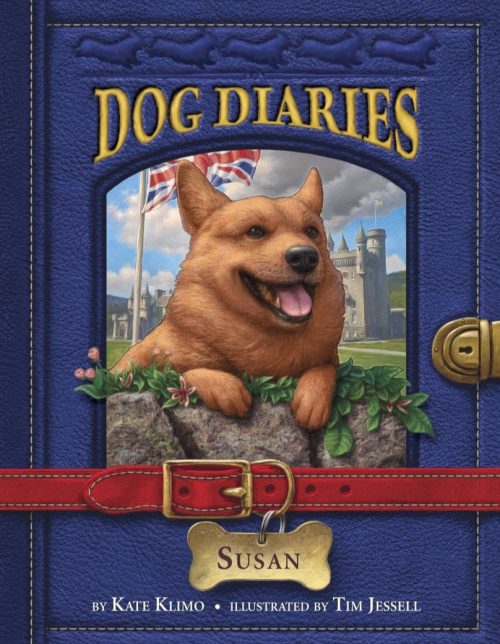 Meet the power behind the throne of Queen Elizabeth II, in Kate Klimo’s Susan.

Two little girls were playing in a meadow when they came upon a nest of corgi pups. With their deep red coats and their sharp little muzzles, the girls mistook them for abandoned fox kits. They brought the orphaned kits home to show their parents. But the parents told them, “Those are not foxes. Those are enchanted dogs visiting from the fairy kingdom. Fairy warriors bestride their backs. They pull the coaches of the fairy princess. If you look very closely you will see on their fur the pale imprint of fairy saddles and harnesses.”

Once upon a time, an enchanted little corgi dog named Susan was given to Princess Elizabeth on her 18th birthday. Susan saw her mistress through her fairytale marriage to Prince Philip, their honeymoon, her coronation as Queen Elizabeth II of England, and the birth of the royal children. Susan is also the matriarch of her own Corgi Dynasty that spanned seven decades.

This is the inside story of Queen Elizabeth’s deep and abiding bond with this singular breed. Her corgis have always gotten the royal treatment. She gives them the run of all the royal residences. She, personally, brushes their fur and cleans their paws. They sleep in cozy baskets in the Corgi Room at Buckingham Palace and eat meals prepared by the royal chef from  silver dishes  served to them by royal footmen. And when they go “walkies,”  Her Majesty Herself often does the honors. Learn all about the furry power behind the throne—and the corgi who, along with her mistress, started a corgi craze that continues to this day. 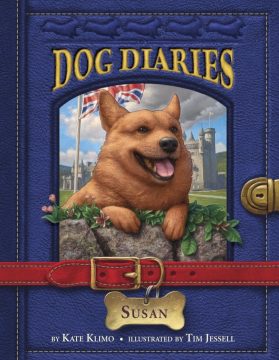 Kate Klimo’s Susan is available on Amazon
and wherever books are sold.