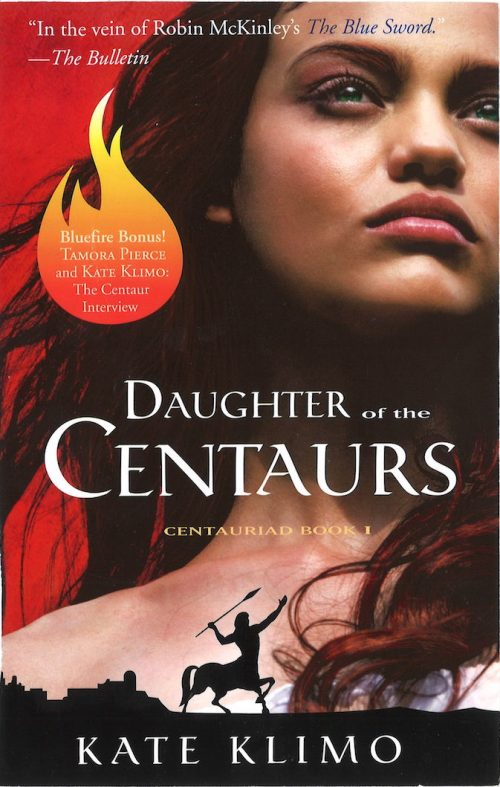 Centauriad 1: Daughter of the Centaurs

“Daughter of the Centaurs takes you to a vividly realized world of wonders, dangers, and adventures with a thrilling conclusion that leaves you eager for more.” —Esther Friesner

“In the vein of Robin McKinley’s The Blue Sword.”—The Bulletin

“Malora knows what she was born to be: a horse wrangler and a hunter, just like her father. But when her people are massacred by batlike monsters called Leatherwings, Malora will need her horse skills just to survive. The last living human, Malora roams the wilderness at the head of a band of magnificent horses, relying only on her own wits, strength, and courage. When she is captured by a group of centaurs and taken to their city, Malora must decide whether the comforts of her new home and family are worth the parts of herself she must sacrifice to keep them. Kate Klimo has masterfully created a new world, which at first seems to be an ancient one or perhaps another world altogether, but is in fact set on earth sometime far in the future.”—The Book Smugglers