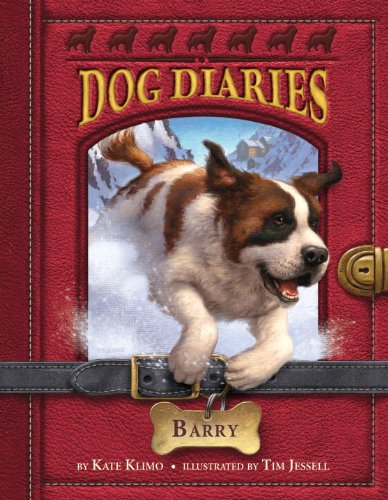 Meet the legendary rescue dog of the Great Saint Bernard Hospice in Barry by Kate Klimo!

“Barry was a well-known rescue dog and the inspiration for today’s Saint Bernard breed. Believed to have rescued over 40 people, his life is a legend among dogs (heh heh).

“This book weaves the legends and sparse facts about Barry into an engaging narrative from the dog’s point of view. Barry starts out by explaining where his breed came from and why they were in the Alps. His own story begins with his puppyhood in the basement of the Great Saint Bernard Hospice in 1800. He tells the reader about how he was raised and the Hospice, including encounters with Napoleon and various travelers. After many years of rescue work, Barry is injured by a confused traveler and loses his beloved friend. After that, he is taken to live with a kindly friend and eventually his body was stuffed and put on display in a museum.

“The appendix explains more about the history of Saint Bernards and the changes in the breed. There are several online sources for more information on Barry’s history and the breed and some general information about owning a Saint Bernard.

“The blend of fiction and nonfiction is exactly what a lot of kids love. Join that with dogs, cute black and white pictures, historical drama, and a nice easy length and readability and this series will be a sure winner with your younger middle grade readers and beginning chapter readers ready to transition to a harder series. Recommended.” —Jean Little Library 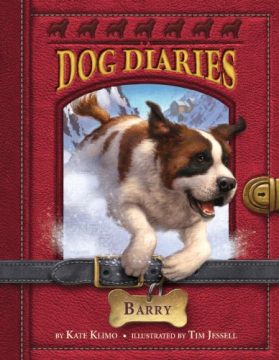 Barry by Kate Klimo is available on Amazon
or wherever books are sold.